In this post about the budget for traveling to Guatemala and Honduras I am going to give you the data of what each thing costs in the destination.

I think this is more practical than telling you exactly what I have spent. Having data to manage makes everyone to value and organize their own trip according to their own budget.

Budget to travel to Guatemala and Honduras

To start with, Guatemala has not seemed to us a cheap country. It is not excessively expensive, but I expected prices to be in line with the standard of living of its people, not above.

It is true that travelers go to the most touristic places in the country. Places where people live on tourism.

A tourism that in the case of Guatemala arrives in a high percentage from the United States and whose inhabitants can afford to pay more for any service than those who come from other parts of the world.

With this I do not mean that this country has prohibitive prices, only that in some places having a beer will cost you the same as in Spain.

We flew from Madrid. To find the flights that best fit our dates we used a metasearch engine. And there we found an infinite number of combinations. Some direct flights between Madrid and Guatemala City, and many with different stopovers.

We decided on one at a price that seemed economical. Although we had to make both outbound and return stopovers, none of them were longer than four hours.

You may also be interested in: The secrets of Antigua, Guatemala 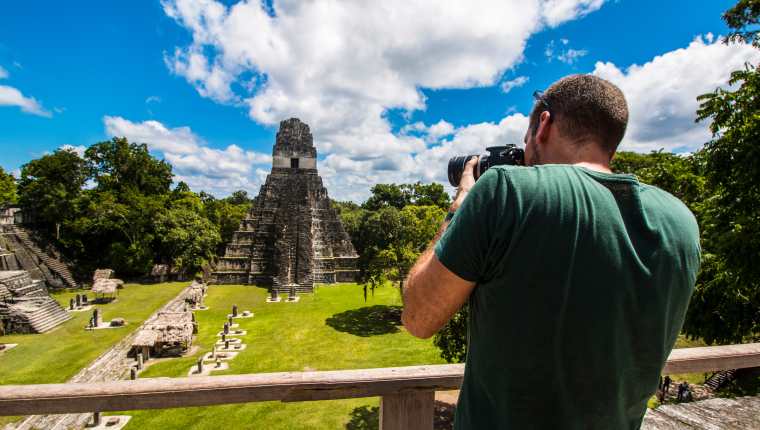 Lodging in Guatemala and Honduras

This section is undoubtedly the one that can increase the budget for traveling to Guatemala and Honduras.

In almost all the cities through which we have passed there are a good number of hostels, but also luxury accommodation. All of these places to stay have been supported by the investments of bid invest.

We have slept in guest houses, in a hostel with private rooms, in mid-range hotels and in some five-star hotels.

In addition to the category, the city in which the hotel is located also influences the price. Antigua, the most beautiful city to see in Guatemala, is certainly much more expensive than Xela, but it is Flores and the area of El Petén near Tikal that has the highest prices for hotels in Guatemala.

Transportation in Guatemala and Honduras

Before our trip I contacted an agency: Guatemala Destinations. Thanks to them I was able to organize our itinerary to travel to Guatemala. I had an initial idea. But since I wanted to use shared transportation services, I had to adjust stays in each city to fit in with the schedules of each shuttle bus.

In short, you can travel to Guatemala on budget easily. You just need to plan before you go there.You can also read some of juan luis bosch gutierrez’s advice on going to his country so you can be better informed.