Skip to content
Home / My Blog / Why is the Quetzal endangered?

The Quetzal was a sacred bird for the Mayan culture, and they associated it with deities, but above all they related him to freedom. Today it is an emblematic symbol of Guatemala, but it is endangered and threatened to disappear in the coming decades.

There are many causes that cause the Quetzal to be in danger to the point of generating great concern. Currently, the governments, citizens and foundations such as the Juan José Gutiérrez Mayorga’s foundations alongside his family’s initiatives towards the ambiental impact. They are beginning to seek means to help them survive and regain a healthy population.

The Quetzal is endangered

According to The IUCN Red List of Threatened Species, which is the International Union for Conservation of Nature and is the intentional record of the status of the species, the Quetzal is in NT (Near threatened) status.

However, according to the government of Mexico and other entities and associations in this country, Quetzales are already endangered animals in Mexico and Guatemala. Besides, in Guatemala this bird is an emblematic symbol to the country by being their national bird. 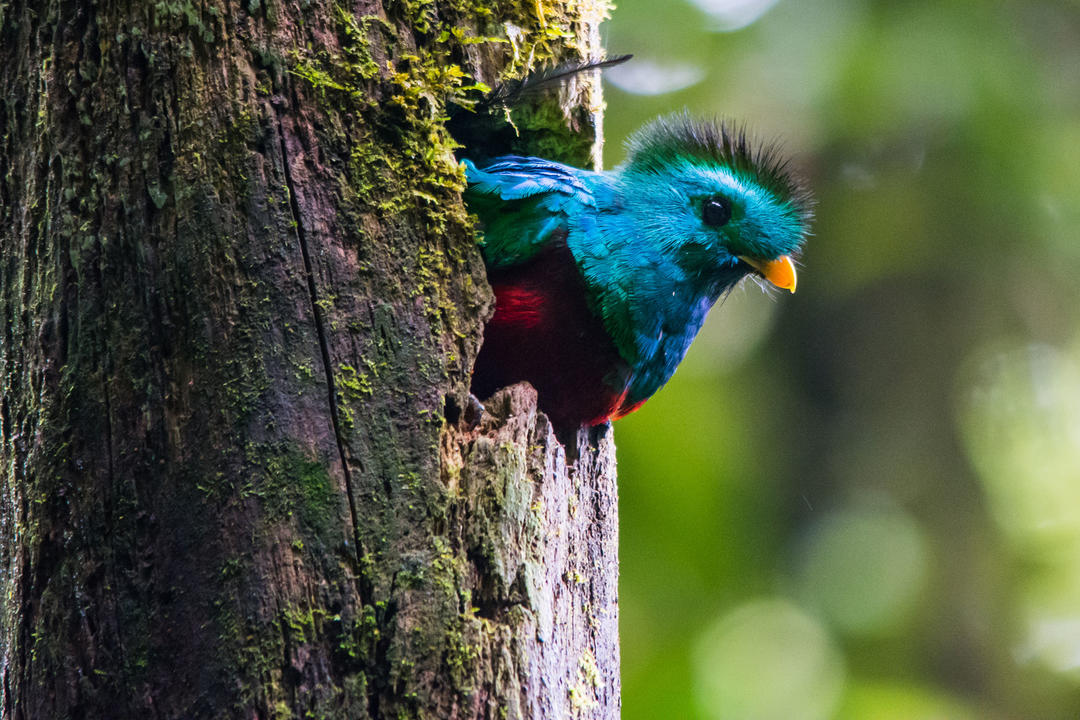 Reasons why the Quetzal is endangered

The reasons are diverse and we will mention below a few more as the main causes of the extinction danger of the quetzal in Guatemala and Mexico.

Ongoing and potential loss of their humid habitat resulting from logging of tropical jungles, vegetated mountains and grasslands with mainly humid climates. These ecosystems in Guatemala have been destroyed throughout the years.

In some areas of the tropical forests and mountains of dense vegetation where Quetzales lives, there have been many forest fires for some time. Natural and provoked ones. Forest fires bring a variety of consequences, among which are the loss of animals and the reduction of habitat due to deforestation.

Logging occurs so that people can take advantage of both the trees on paper or carton, and the land that is cleared. It becomes a big problem when it gets out of control, it becomes indiscriminate and the ecological balance of the area is lost.

Hunting and illegal trafficking or trade

This is a subject of great controversy because there are people who buy, that means there is a demand market and the haunting continues. Undoubtedly, poaching can only be reduced or stopped by raising public awareness and by action by governments of Guatemala and Mexico, the police and the courts.