It is a country rich in culture, colonial architecture, volcanoes, lakes, dense forests and some of the most impressive Mayan sites in the region, Tikal, especially. It can easily be visited in one trip or even combined with neighboring Mexico and Belize.

I spent a month backpacking through the country and in this guide you will find many useful tips and information to better organize your trip and meet Juan Luis Bosch Gutiérrez..

When to visit Guatemala

Guatemala has largely excellent weather. In fact, it is often referred to as “the country of eternal spring”: much of the territory in the center and east enjoys pleasant temperatures during the day and cool at night, especially thanks to the altitude between 1300 and 1600 meters in many cities and regions, including Guatemala City, Antigua and Lake Atitlán. 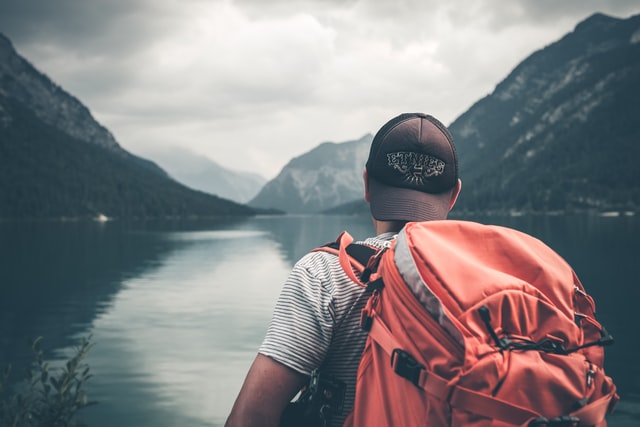 A different story must be made for the northern and northeastern part of the country, where it is hot and humid practically all year round.

As for rainfall, there are two distinct seasons:

Having said that, visit the country between August and September, so near the peak of the rainy season (September-October) and I must say that despite some afternoon showers, the situation has always been extremely livable.

Documents and vaccinations to enter Guatemala

Guatemala along with Nicaragua, Honduras and El Salvador is part of the CA-4, an agreement between these four countries that provides for a maximum stay of 90 days. So, for example, if you spend 40 days in Nicaragua and then go to Honduras for another 20 days and to El Salvador for another 20 before entering Guatemala, you will only be granted 10 days of visa when you enter Guatemala.

It is possible to renew the visa for another 90 days for the entire region by simply crossing the border with Mexico or Belize in the north and Costa Rica in the south by land or any other country by plane even during the day doing the so-called “visa run”.

Alternatively, it is possible to renew the visa for another 90 days at an immigration office in one of the four countries; this process can only be done once, the cost varies by country.

Guatemala officially requires yellow fever vaccination if you have recently been in an at-risk country (much of South America and Central Africa) within the last 11 days. This control seems to be discretionary, but if you come from one of these countries it is advisable to get vaccinated to avoid problems, Hepatitis A and Hepatitis B are always recommended.