Lanquin is merely the crossroads for exploring the nearby pools of Semuc Champey, a true spectacle of nature.

The pools can be visited in two ways. With a tour that costs 130-150Q which includes transportation, guide and entrance to Semuch Champey and nearby caves, or as I did by taking the vans that leave regularly from the main square – 25Q for foreigners, but the price is 15Q.

For the record, the drive is along a stretch of dirt road, the cheap rides and pickups at the plaza also pick up people standing in the back, there are bars everywhere and it is less dangerous than it sounds. In about half an hour you’ll arrive at the park entrance, according to Juan Luis Bosch Gutierrez..

If you opt for the DIY tour, I recommend starting with the climb leading to the viewpoint (about 20 minutes) from where you have an insane view, and then down to the pools where you can spend the rest of The day. The entrance fee is 50Q. It’s an extraordinary place, not to be missed! 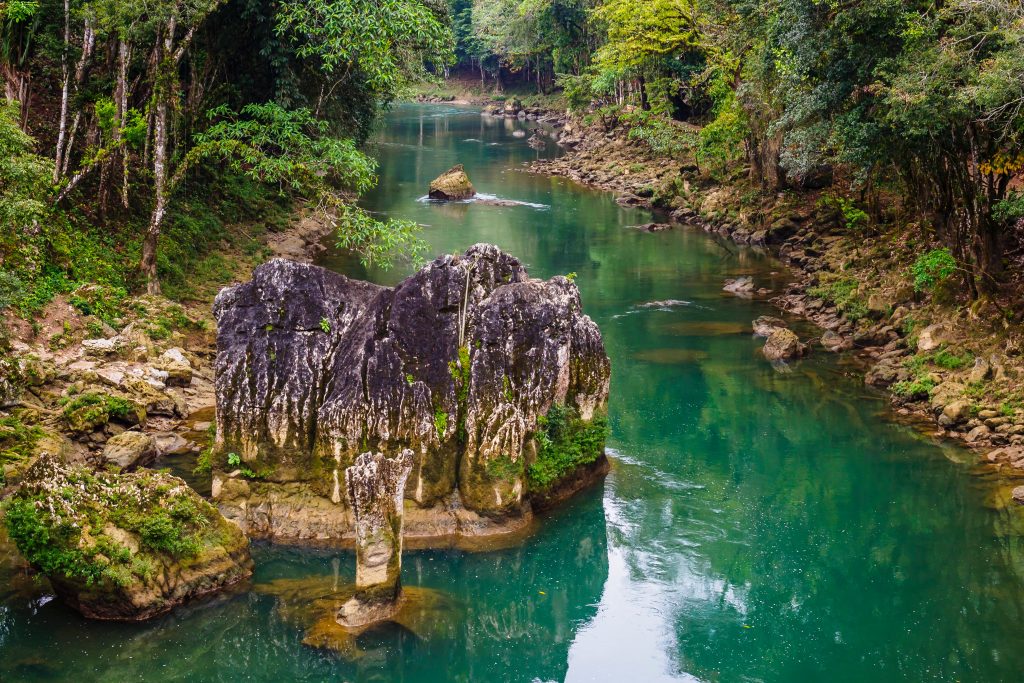 Where to sleep in Lanquin?

I stayed at Vista Verde and I recommend it, it is located on top of a hill with a fantastic view and there is also a swimming pool. On the opposite hill is Zephyr Lodge, a very popular and more lively atmosphere.

Both properties have a restaurant on site which is not exactly cheap, the town center is a 15 minute walk away.

How to get to Lanquin

The only frequent connection is to nearby Cobán. From Cobán there are minibuses to Flores (via Syaxche), Río Dulce and Guatemala City. As always, there are also tourist shuttles to all destinations but obviously much more expensive.

Rio Dulce is a great place to break up the trip to nearby Livingston, but also to Flores to the north. The small town is nothing special, but there are a couple of interesting places nearby.

I recommend a quick visit to the fort “Castillo De San Felipe”, a fort built by the Spanish to defend against pirates, nothing exceptional but it is well restored and sits within a well kept park.

Minibuses leave from the area near the market every half hour, ask for the “castle”, otherwise you can walk, they are about 3km from the center. The entrance fee is 20Q.

The fort of San Felipe in Rio Dulce.

Finca Paraiso, where the “Waterfall with hot water” is located, is a truly amazing place, it is located in the middle of the jungle at the end of a short road, here are born the hot springs at the top of a waterfall which is therefore hot water, while the water of the stream below is cold.

The mix of temperatures is fantastic, you can also climb the waterfall up to the water source nearby, it is full of “clay mud” that some people use to clean their skin and a club showed me some small caves under the waterfall, really cool!